Inicio / Noticias Globales / Looking back on as a Global Commu...

Looking back on 2016 as a Global Community

As this year is coming to an end, we reflect on the many changes and updates that have happened within the Educate Magis community and in the wider community of Jesuit schools and organisations. For many in the world it has been a challenging year. We, in the Educate Magis community, are very grateful for the support and participation of you all this year, our first full year in existence. Thank you!

We end this year with 2,460 Educate Magis members from 72 different countries around the world. To support and encourage this growth over the last year, we developed the community platform to include many new features such as; feedback, conversation views and like button, online chat, advanced member search, new profile layout, a survey functionality, resource collections, image galleries and a media library.

We celebrated this Year of Mercy with our Jesuit Pope Francis leading us through a series of monthly prayer intentions. For anyone who missed them, you can see these short prayer videos here in English, Spanish or French. 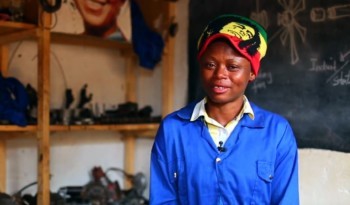 2016 saw the launch of some exciting new initiatives and campaigns which we were delighted to share with you; the Healing Earth textbook, the Edujesuit Right to Education campaign “Right to Education, Right to Hope”, the JRS – Mercy in Motion campaign, the Global Red Chair project by Entreculturas & Educate Magis. 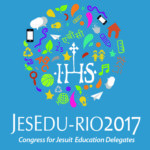 In May of this year we received the exciting announcement of the first International Congress for the Delegates of Jesuit Education which will be taking place in Rio de Janeiro, Brazil in October 2017. And in October of this year the 36th General Congregation was held. Our new Father General, Fr. Arturo Sosa from Venezuela was elected as the first Father General from Latin America. It was also the first time in the history of the Society that three Father Generals were alive at the same time. A few weeks later Father Peter-Hans Kolvenbach from whom we learned so much passed away peacefully. With all of these exciting developments in the Jesuit Education world we also had a lot of activity and inspiring content within Educate Magis. While we covered a range of topics over the last 12 months, the topics which stand out as we look back are; Change and Innovation, Ecology and Faith, Global Citizenship. With your help, we were lucky to be able to put together a Keynote video on each of these topics, sharing perspectives from each of the Jesuit regions of the world as well as from Fe Y Alegría and JRS. 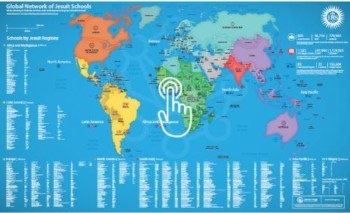 After publishing the second version of our printable map and adding some extra downloadable file formats we also, together with Jesuit Historian Fr. John O’Malley, produced a video telling the story of the Educate Magis global map in the context of the history of Jesuit mapmaking.

Over the last 12 months we have enjoyed over 80 inspiring global conversations on a variety of themes and topics within Jesuit education and we look forward to continuing these and many more conversations throughout 2017.

In March 2017 we will be celebrating the Global Red Chair together with schools from around the world (stay tuned for more information on this in the New Year). From the beginning of March to the end of April, 2017 we will also be hosting the JESEDU Virtual Congress. We invite you and your colleagues to participate in both!!

From the Educate Magis team we would like to thank you again for sharing with our community. We very much look forward to your continued support and participation throughout the coming year.

“The golden way is to be friends with the world and to regard the whole human family as one”.  Mahatma Gandhi