In Rwanda, one person in two is under 18 years of age and the overall population age is about 22.7 years. Rwanda is a young and lively nation going by age distribution of its population according to the 2012 Rwandan Population and Housing Census. Besides, such statistics indicate that Rwandan society also is at the crossroads of its history. The future of the nation depends today on how well young members of society are integrated and molded into responsible men and women for others.

That said, Rwandan children need care, protection and guidance just like any other children on the globe. For, it is not rare to hear of recurring incidences of school dropouts or police apprehension in cases related to child-pregnancies, delinquency or drug abuse. The shocking reality in this is that parents, trusted acquaintances like uncles or teachers are often accomplices or direct authors of the crimes perpetrated against children. To mitigate the escalation of the above, Urumuri Centre: Jesuit Centre for Research and Social Action in Kigali thought it paramount to accompany children in their growth by offering to provide them with opportunities to interact, mingle and learn about their Rwandan cultural heritage as well as their responsibility towards their own future, that of their community and their nation as a whole. Urumuri Centre thus offered for the first time such a platform in the 2017 Youth Camp which brought together children studying in secondary school where a good number of participants came from the neighboring Saint Ignatius High School, a Jesuit school belonging to the Jesuit Rwanda-Burundi Region. 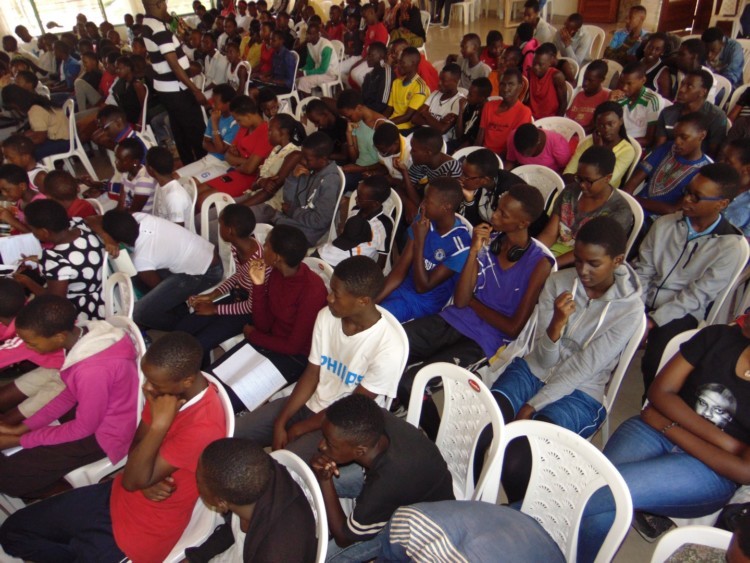 The Camp gathered more than 200 children whose age ranged between 8 and 22, the majority of whom were in the age bracket of 12 and15 years, representing 48% of the total participation. The program ran for one month, and it was organized in such a way that children had conference-talks everyday and moments of entertainment afterwards. The themes covered during the conference-talks included human rights, gender equality, gender-based violence, alcoholism, human sexuality, adolescent reproductive health, AIDS disease and preventive methods, pastoral response to AIDS disease, foundations of morality, human solidarity, lastly but least leadership as a social service, and citizenship and social responsibility. The program included also sessions of study-visit trips and pilgrimages. To maximize the benefits of the program and ensure the satisfaction of each participant, children had to wrestle for prizes in competitions organized around all the disciplines that formed part of their camp program. They had sports competitions in basketball, volleyball and soccer, they also competed in traditional and modern dances and singing, and regarding the talks they had had, they competed in quiz contest which helped the organizers to evaluate the level of assimilation of what the children had been taught. Training is essential part of the camp

All in all, the Jesuit Urumuri Centre was pleased with the kind of impact it made in accompanying the youth during the long holidays break. It is a program that offered detailed information on topics that are hardly developed during their school learning. Children also got a chance to study in an environment totally different from a school setting. They got opportunity to mingle, to bond, to develop or else discover their talents, and to acquire knowledge about themselves and their role in society. Above all, they got to spend quality time by acquiring knowledge of new things during a time they could otherwise have been alone at home unaccompanied and running the risk of succumbing to social ills that stalk children of their age range.