ITE INFLAMMATE OMNIA – Networking as a Way of Proceeding: Responding to the ever-changing contexts and challenges

When Ignatius of Loyola and his first companions decided to establish the Society of Jesus, they had in mind the idea of sharing with many their spiritual experience and the transformation that accompanied it. This was a group of men in deep love with the Gospel and a desire to share this love with others; this desire was so strong that they offered themselves to the Pope to be sent anywhere he deemed necessary for the service of the mission of the Church. Soon after, Jesuits were sent to all corners of the world. Francis Xavier, one of the first companions was sent to India and the far East. Others were sent to the Americas, Africa and everywhere in Europe. Saint Ignatius’ well-known expression Ite inflammate omnia (go, set the world on fire)[1], expresses well the passion that moved the first companions and that was so contagious and uplifting. Opening schools was embraced by these Jesuits because they saw the great potential of schools to share, with the new generations, their transforming experience. Thus, schools were founded all around the world and a school system was set up in the Ratio Studiorum. Schools have the same curriculum, offices, and pedagogy although a discernment to adapt to local circumstance was encouraged. Today, the Society continues working in schools all over the world for the same reason: to share with the new generation the invitation to go deeper and consider an Ignatian spirituality that can transform our lives and the world, as schools prepare students to become persons for and with others.

How can our schools better respond to this challenge today?

One important dimension of the answer is ite inflammate omnia through networks. Our current context and technological developments call for this networking. Fr. General Nicolas clearly stated the challenge:

“Can we not go beyond the loose family relationships we now have as institutions, and re-imagine and re-organize ourselves so that, in this globalized world, we can more effectively realize the universality which has always been part of Ignatius’ vision of the Society?” (Fr. Adolfo Nicolas, Mexico, 7). Our globalized world requires us to learn to work together in a new and imaginative way. This is why General Congregation 35th encourages “the Society’s government at all levels to explore means by which more effective networking might take place among all apostolic works associated with the Society of Jesus.” (GC 35, D. 6, #29)

Fr. Adolfo Nicolas, S.J., former provincial of Japan and the Assistant for Asia, after taking his oath of office as Superior General of the Society of Jesus is greeted by the delegates who minutes ago voted for him.

Networking is an effective way to implement collaboration among our schools and all educators. The most recent General Congregation put it well:

“It is important to support and encourage the growing collaboration among Jesuits and Jesuit apostolates through networks. International and intersectoral networks are an opportunity to strengthen our identity, as we share our capacities and local engagements in order together to serve a universal mission.” (GC 36, D.1 #35)

Networks require a new culture of collaboration based on more horizontal relationships that contribute with new energy, creativity and partnership to initiatives and processes that are more hierarchically inspired. Networks complement other levels of agency, and in this sense, they create conditions for innovation and exploration of common problems. It requires a new understanding of leadership and common responsibility in which authority and all actors understand their common obligation, to build together new visions, new models that can more effectively address the emerging challenges today. In our present context, it requires to go beyond the local comfort zone and engage other schools, institutions, and social actors to envision and create new forms of collaboration in response to the mission of reconciliation and justice with God, within Humanity and with Creation that our schools want to serve.  This re-imagination is a cultural shift because it requires that everybody in the school understands that joining a Jesuit school means joining something larger than their own school.

Today networking is one of the most conducive ways to create conditions for collaboration in mission that “expresses our true identity as members of the Church, the complementarity of our diverse calls to holiness, our mutual responsibility for the mission of Christ, our desire to join people of good will in the service of the human family, and the coming of the Kingdom of God” (GC35, D. 6 #30).

Today networking is possible because of the “new technologies of communication [that] open up forms of organization that facilitate collaboration.  They make it possible to mobilize human and material resources in support of mission, and to go beyond national borders and the boundaries of Province and Regions.” (GC36, D. 2 #8)

Three important contemporary developments aim to facilitate collaboration in mission in our schools:

1.     Local and Regional network of Schools: most of our schools are now organized into local/national and regional networks that have brought immense creativity. Our schools are certainly better because of them. It would be difficult to think our school in Puerto Montt (Chile) without the REI (Ignatian Educational Network) of Chile or FLACSI (Latin American Federation of Jesuit Schools), or a school in the US without JSN (Jesuit Schools Networks of North America), or a school in India without the JEASA (Jesuit Educational Association of South Asia), or one of the thousands of Fe y Alegría schools in Latin America, Africa or Asia without the national and international networks of these schools. These networks have made it possible to respond to the increasing challenges of offering quality education, in the Jesuit Tradition, creatively and professionally for the new generations in our fast-changing contexts. 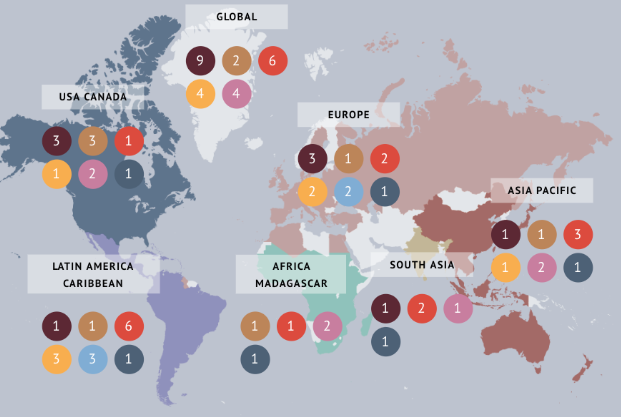 2.     Educate Magis, launched in 2015, as the vibrant online community of educators that allows collaboration at all levels of our schools, especially at the global level. Educate Magis has helped us to create a sense of a universal body with a universal mission through important resources and opportunities for collaboration. First, it created a map of the Jesuit Global Network of Schools where we can see ourselves as part of one larger network. It has also helped our schools to create opportunities for collaboration in some of the strategic areas of our education today: mission and identity, faith formation, global citizenship, and global gatherings. Educate Magis offers resources, courses, documents, conversations, materials, and common projects in these and other areas. Educate Magis is a good example of what collaboration at the global level looks like and the apostolic possibilities it creates with it: new friendships, new projects, new answers, and new energy.

3.     The Global Jesuit Network of Schools (JGNS) established in 2021 is also an important step in the direction of engaging the amazing energy that collaborating together in networks brings to us. The JGNS expresses our global collective identity as Jesuit/Ignatian schools, and it recognizes that it brings forth new forms of collaboration that enrich the mission and our education. Fr. General Sosa explained it at the inaugural mass: 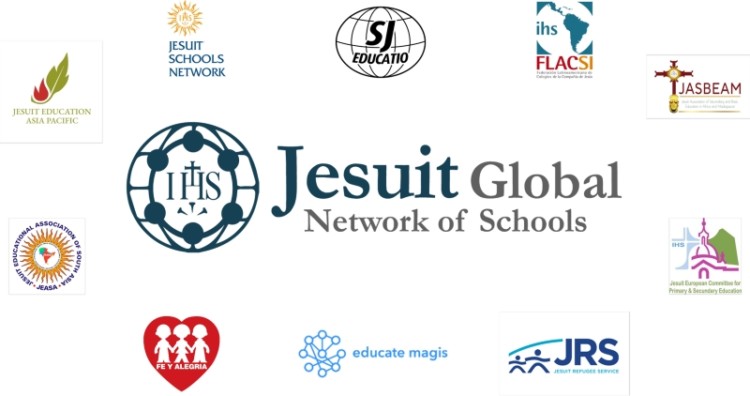 “The network desires to be an expression of the commitment of the schools to work as a universal body with a universal mission and so to develop their full apostolic potential. This is a new step in a process that began when St. Ignatius and the first Jesuits discovered that the schools offered a special and even unique apostolic platform from which to share their spiritual experience… Today, the schools want to go a step further in this process of networking in order to be able to respond to challenges that demand a global response. Since the middle of the 20th century, our schools have progressively developed local and regional networking that has brought immense benefit to our education… The network that we are founding today is inspired by this desire to walk together and cooperate to better meet the challenges of our time.”

[1] There has been some controversy about whether or not St. Ignatius ever used such expression. However, Georg Schuhammer SJ, a respected historian, writes that Oliverio Manare SJ, a Jesuit who personally knew Saint Ignatius, gives testimony of Ignatius using a similar expression: “Itote, omnia accendite et inflammate” (Go on fire and set on fire all things). See, SCHUHAMMER, G. Francisco Javier, su vida y su tiempo, Tomo I, Europa 1506-1541, Gobierno de Navarra, 1992, p. 727. I am grateful to Fr. Robert Danieluk SJ, of the Historic Archives in Rome, for pointing this out to me.