Fr Jimmy Bartolo SJ, Education Delegate of the Euro-Mediterrean Province, shares how the kinder-garden, primary, middle and secondary schools from Italy, Malta and Albania have been promoting and experiencing the Examen in each school.

I am the education delegate of the Euro-Mediterranean Province which comprises four countries: Albania, Italy, Malta and Romania. I am also the principal (Rector) of St Aloysius College in Malta. We currently have eight schools, six in Italy, one in Albania and one in Malta – all schools form part of the Fondazione Gesuiti Educazione, a foundation that coordinates all our schools through a board, various committees and teams for different groups of educators and administrators in our schools. Students and educators from our schools participate in activities and formation sessions organised by the Fondazione Gesuiti Educazione.

I also serve as Coordinator of the Church Schools’ Association in Malta and Gozo.

The Delegates commit to promote the Examen of Consciousness in each of the schools to help students listen to their inner voice and learn the path of interiority”. – JESEDU-Rio2017

As a Jesuit, I recognise in the Examen of Consciousness the best Ignatian practice in order to discover God’s presence in my life and to discern the way to serve Him.

In the meantime, I recognise that the Examen can be very useful for our students in order to discover the meaning of the experiences they live during school day activities. Our students have many opportunities, much more than we had about twenty to thirty years ago. Sometimes students don’t focus on the meaning of such experiences in their life, so they risk becoming “tourists” rather than pilgrims.

Therefore, praying the Examen can become a good practice for our students to discover their interior life, what they desire in life and the way to realize this.

As a network of EUM Province kinder-garden, primary, middle and secondary schools from Italy, Malta and Albania, we came across a great diversity of cultures, sensibilities and spiritualities.

During this past year, we have tried to emphasise that by sharing our differences we can enrich each other. In the Ignatian Education Steering Committee (i.e. Commissione Proposta Educativa Ignaziana) we dedicated a lot of time to the sharing of all the experiences of the practice of the Examen developed in our schools.

It has been a great experience just as the one which had led the first Jesuits to edit the Ratio Studiorum!

We realised that the Examen needs to be customised according to the students’ age and local cultural sensitivities.

We realised that timing, location and frequency of the practice of the Examen are some of the important ingredients that need to be taken into consideration.

In some schools, it seems more effective to dedicate one full hour lesson to the Examen two or three times during the school year: at the beginning, in the middle and at the end of the school year.

Sometimes, especially in the primary school, it has been possible to dedicate 5 minutes to the Examen at the end of each school day.

Moreover, some students reported that they appreciated performing Examen during spiritual retreats in a different location, away from school.

On the other hand, we realised that, even though the ways of carrying out the Examen are very different and vary from place to place and is perceived differently among students of various ages, the process itself remains the one Ignatius developed in the Spiritual Exercises, and it is still very effective: thanking for the gifts, asking for light, recognizing the good and the bad, asking for forgiveness and proposing the next step.

In relation to Action statement #1 this past year we focused our efforts on teacher formation and the application for students.

Of course, there are new challenges we are aiming to face in the coming year, especially those concerning the Examen for students, parents, teachers, coordinators and directors.

So in the EUM Province schools network, Action statement #1 will remain a priority for the coming school year.

I would like to say that challenges have been opportunities. First of all, we have experienced once more that Ignatius had given us a great gift with the practice of the Examen.

We also have the opportunity to understand our students and their language better. We even have a great chance of discovering how we can speak about God in a secularised world.

But once more, as a Jesuit, it has been a great experience to watch how God deals with our students in order to let their life flourish. It has been a real spiritual experience as the one we can have during the Spiritual Exercises.

On the other hand, I can say that we shall continue to focus on making the Examen a particular experience, making it an interior habit so that our students grow in consciousness and inner freedom. 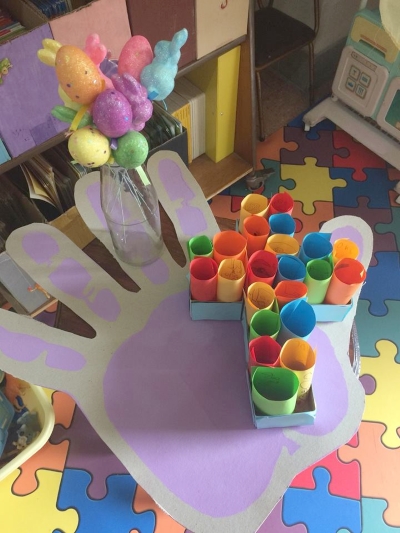