Go to the page here!
Home / Global Stories / The results of theExpression draw...

The results of the “Expression 2018” drawing and painting competition are out!

The results of the  second edition of drawing and painting competition “Expression 2018” are out!  The contest was held on June 23rd, 2018 and it was organised by St. Lawrence High School in collaboration with St. Lawrence Old Boys’ Association (SLOBA), in Kolkata.

The global competition which was held over a month was conceived as a means to harness children’s creativity and perception of the theme ‘Olympic Games and Youth’ through illustrations and sketches, and to mentor and find ways by which we can move forward in this noble cause of bringing peace to our world through art inspired by sport and Olympic values.

This year the competition was open to all schools worldwide and divided into two categories, Kolkata (Category A) schools who painted live on June 23rd and the Non Kolkata Worldwide (Category B) schools who sent their artwork through email. 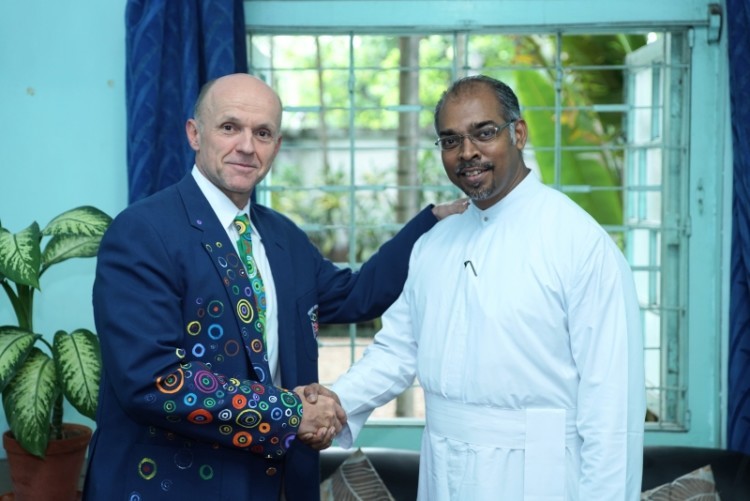 ‘Expression 2018’ reached out to more than 90 countries and participation in last two years came from Australia, Zimbabwe, Malawi, Afghanistan, Indonesia, Malaysia, Philippines, China, Macau, Hongkong, Jordan, Spain, France, Italy, Argentina, Guatemala, Peru and India. We received entries from Syrian refugee children in Zaatari Refugee Camp in Jordan, Jesuit Refugee Service Malawi and Jesuit Worldwide Learning (JWL). Idea of ‘Expression’ was to reach everybody and this year we were able to reach out to more children. “In the present conflict ridden world, may the Expression give a platform for children, cutting across borders, man-made or otherwise, to come together to Express their joy and friendship. May this friendship bring out the best in them to bind the world in Peace.” — Rev. Fr. Sebastian James, Principal St. Lawrence High School Kolkata. 11. Mr. Gautam Sengupta, Art teacher at St. Lawrence High School, Kolkata. Graduated from the Government College of Art and Craft, Calcutta,secured a First Class First position and having a specialization in the Indian style of painting.

I only hope the Olympic motto and the spirit is kept in high order appreciating all the participants I have given the best and it was a learning curve for me to see the wonderful painting on Olympics by the students. I wish the EXPRESSION 2018 will motivate many schools from various countries to be part of future Olympic games. I convey my best wishes to the St Lawrence alumni and the volunteers who have made this event a wonderful success. Thanks for the opportunity and wishing you once more for the continued effort in promoting the Olympics.” — Mr Vasudevan Baskaran, Captain of Indian hockey Gold medal winning team of 1980 Olympics

The work from these children is just amazing, not just their impressive paintings but what they represent. They give us hope of how the world should be, that there are no boundaries, no national or racial differences-WE ARE ALL ONE! Children are our future and their voices should be heard, true Olympic spirit and friendship is exactly what they represent with these paintings, paintings that are changing the attitude and bringing people of different nations together in happiness. United we can make a difference and create a peaceful world filled with love and understanding, the world we all wish to live in! ”  — Ms. Daria Obratov, Croatian Olympian

Congratulations once again to the organizers of Expressions2018. They have once again managed to get children from around the world to reflect on how Olympism and sport contributes to making this world a better place. The result is a lot of creativity and strong messages brought to paper. So great.” — Maria Bogner, Head of The Olympic Studies Centre

Peace and Sport (Monaco),  Educate Magis, Air India and Fanattic Sports Museum are partnering us for ‘Expression 2018′. Special thanks to Olympic Foundation for Culture and Heritage.

Last but not the least thanks to the teachers, staff, students, parents of students, alumni, participants and well-wishers, all your support made Expression 2018 a grand success !