Who Do You Want To Be? A Global School Experience inviting young people to discover a path toward the fullness of life.Participate here
Home / Global Stories / Pedagogical Pursuits and Paradigms...

Pedagogical Pursuits and Paradigms in Global and Local Contexts – Teaching and Learning in Context: Blog # 9

Patterns and trends emerge and evolve in education. These trends are often connected with our pursuit of pedagogical excellence and continuous improvement. Sometimes these trends emerge and then recede, with another trend superseding it in terms of prominence and teacher focus.

We have probably all heard something about education in Finland, the current poster child for what 21st century learning looks like. As educators we often hear sentences that begin with “Well, in Finland they…” that are often in direct opposition to how we approach education here in Australia. As teachers we imagine what it must be like to teach and learn in an environment that encourages play over structured learning in the early years and that has done away with external standardised testing in senior years, all in the name of creating holistic learning that goes beyond the classroom. It certainly does seem to be some sort of scholastic utopia where education is not only valued but encourages counter cultural approaches in the name of educating the next generation of Nordic learners. The Harvard education professor Howard Gardner once advised Americans, “Learn from Finland, which has the most effective schools and which does just about the opposite of what we are doing in the United States.”

Ironically, Finland owes its status as an educational model to its performance in standardised tests. Specifically, Finland scored highly on tests conducted by the Program for International Student Assessment, widely known as PISA. Every three years, PISA examines the academic skills of 15-year-old students around the world. Because PISA tests are not tied to any particular curriculum, they can be used to make international comparisons.The first PISA league tables were published in 2001, with Finland achieving top positions in mathematical, reading, and scientific literacy. Since then, our educational fascination with Finland and its holistic and organic approach to educating human beings has only flourished.

In 2012 Finland fell out of the top 10 PISA rankings. Today’s top PISA performers are all Asian: Shanghai, Singapore, Hong Kong, Taiwan, Korea, Macau and Japan. Like Finland, these places are also culturally homogenous, but this is where the similarity ends. In most other ways, their educational cultures are the opposite of Finland’s.

They have long school days, lots of homework, rigorous external assessments, public accountability and plenty of competition among schools. So, while some educators are calling for us to imitate Finland, others are urging us to emulate Asia. Given that they are opposites, we cannot imitate both — nor should we try. So how far apart are the Finnish and Australian educational contexts? We might be philosophically closer than say America and it’s compulsory ‘common core’, but we are still deeply wedded to the accumulation of student data via standardised testing such as NAPLAN (National Assessment Program in Literacy and Numeracy). A few years ago our National assessment body ACARA implemented the Australian Curriculum in an attempt to standardise curriculum across Australia. This proved to a bureaucratic nightmare as each state had wildly different approaches to teaching and learning and ultimately assessment. Currently Xavier teaches to the Victorian Curriculum, which borrows heavily from the Australian Curriculum provided by ACARA but which has a distinctly Victorian flavour and encourages the teacher to be more creative in their instruction, as compared to the NSW version which is highly prescriptive and mandates pedagogical approaches.

Countries and cities achieve high educational outcomes using different practices, based on their own contexts, both cultural and philosophical. If we wish to excel in education, we must develop tactics, practices and models suitable for not only our country’s circumstances but also our specific Jesuit context — an education based on the ideals of encouraging progressive thinking whilst simultaneously couched in our Ignatian call to academic rigour.

It is of significant note that Xavier has been selected to participate in the 2017 PISA study, which will include a selection of our Year 9 students in an international study regarding student academic abilities. Their participation will contribute to the data of Australian students in comparison to the rest of the world, including Finland, Singapore, Korea and other leading educational jurisdictions. This testing will occur in June and whilst is does add another layer of standardised testing to an already busy exam time at the end of Semester, it signals our inclusion in the significant international conversation regarding learning in a global age.

In this blog series entitled “Conversations in Context: Teaching and Learning in a Jesuit School” or in short “Teaching and Learning in Context” we present articles written by Melinda Roberts. These originally appeared in Xavier College’s fortnightly newsletter, written for the school community and published on the school website. We are happy to share these with the wider Jesuit education community. To read the previous blog click here. 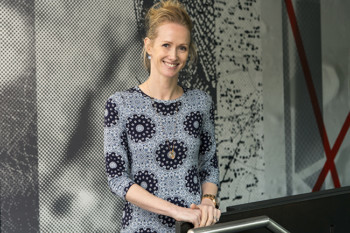