Then Mr. Roald Bradstock, ambassador of Expression 2018, was felicitated followed by Mr. Gurbux former Indian hockey captain and winner of 1964 Gold and 1968 Bronze in Olympics. Ms. Mehuli Ghosh (rifle shooter) was also felicitated as she qualified to participate in Summer Youth Olympics in October this year. Since Mehuli was busy taking part in Youth Shooting World Cup in Germany her parents received the felicitation on her behalf. During this inaugural event we had an speech from Peace and Sport president Mr. Joel Bouzou, who is also the president of World Olympians Association. The event rounded with the “United by Olympism” video and a formal vote of thank our partners, supporters, teachers and alumni of St. Lawrence High School.

Then Mr. Roald Bradstock put colors on the canvas first to declare the live painting competition among the schools in Kolkata open. There were around 10 schools including St. Lawrence High School who participated in the competition. Theme of ​​​​​​​​​​​​​​​​​​ was ‘Olympic Games and Youth’. 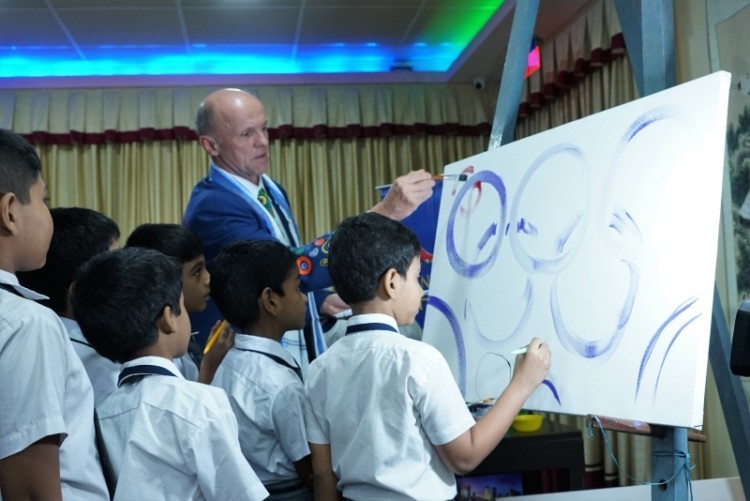 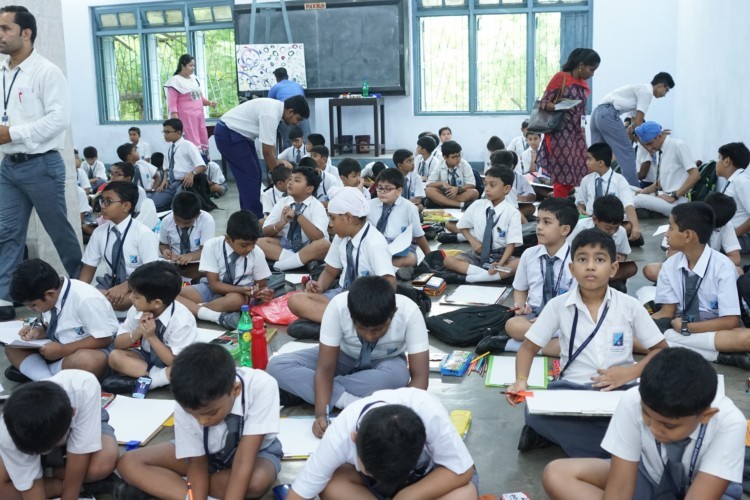 All participants in Kolkata got free passes from Fanattic Sports Museum and winners will get passes for their parents too. Winners in all categories to receive certificates and goodies from IOC’s Olympic Museum.

Results will be declared in end of July and announced on Educate Magis and sportanddev.org

The next day, on June 24th, Mr. Roald Bradstock painted a picture for Kolkata in Fanatic Sports Museum. The painting will be framed and kept in the Museum.