Who Do You Want To Be? A Global School Experience inviting young people to discover a path toward the fullness of life.Participate here
Home / Global Stories / My Lived Experience as a Teacher i...

My Lived Experience as a Teacher in Clongowes

You Are What You Do Every Day

I first came to work in Clongowes Wood College in a previous century before any of the current pupils and even some of the staff were born. Since my arrival here in 1981 I reckon I have taught well over 2,000 students. I meet some of these past pupils from time to time by chance – such as at rugby matches – or by design, at class reunions. These are generally happy meetings but occasionally a former student will confront me about an incident that occurred in class with which he is less than happy and which he wants to clarify with me. Mercifully, due to a fading memory, I never recall these events, and the conversation generally ends happily. The converse also happens on occasion and a past pupil tells me of something inspirational I said – some chance remark of mine in class that had a big effect on him and may even have influenced his life after school. Again, I never remember saying whatever it was.

Incidents such as these have often given me pause for thought – about the ways in which I, and we as teachers, affect the pupils in our care, for good or ill, perhaps thoughtlessly and without any good or bad intent. An inconsiderate remark can have a big effect. So what to do? We can’t keep watching every single word that emerges, bidden or unbidden, for fear of discouraging or in hopes of encouraging the boys we teach. That’s like watching your feet as you run downstairs – you lose sight of the big picture and fall. All that we can do is to be honest in our thoughts and words as well as in our behaviour in the hope that our integrity will win the day. Joe Schmidt, the Ireland rugby coach, tells his players: ‘you are what you do every day’. YOU ARE WHAT YOU DO EVERY DAY. If we strive to be good people, to do God’s will every day and bear witness to our faith then our words and actions will reveal the goodness within and good will follow. This doesn’t just apply to pupil-teacher relationships – it informs our relationships with everyone: teachers, students, family, friends and those who do not fall into any of these groups. Be good to one another – and make a special effort when you don’t feel like it. That’s what Christianity is all about – loving your neighbour as you love yourself. We are all here for a reason. Pope John 23rd said that his purpose in life was to discover God’s plan for him and fulifil as much of it as he could. We may not all be that lucky. American songwriter Jackson Browne wrote ‘For A Dancer’ to mourn the death of a friend. In it he reflects on the nature of our relationships with one another and our purpose on this earth, which may be a mystery even to ourselves, when he says: ‘Somewhere between the time you arrive and the time you go may lie a reason you were alive – that you’ll never know’

Every working day for the nine months of the school year, we as teachers engage with the pupils in our care and every day we influence them for good or ill. For us a class period may be a small slice of work which – if we are having a bad day here or elsewhere in our lives – may simply be something to be endured. It is not so for the boys. For us it may simply be another Leaving Cert class; for them it is their only Leaving Cert. For us it may be another bunch of noisy first years, who don’t know how to sit still and be taught in an orderly manner; for them it is the start of a big, exciting, terrifying adventure that will help to mould them for life. Each class is a small, yet essential step in that process. 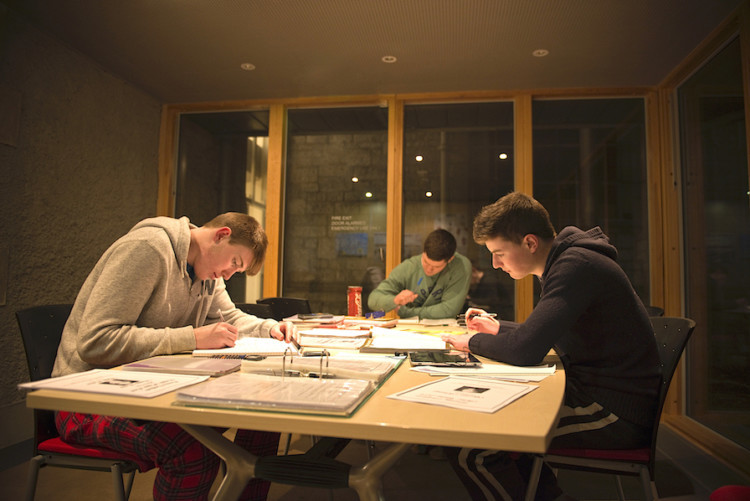 I sometimes think that I could get through the course more easily if it wasn’t for the pesky questions the boys keep asking, which slow things down. Therein lies the danger. If we start to see the students as the enemy, then we have lost the battle. And they have lost too. Because it isn’t a battle; it’s a co-operative enterprise where the synergy of the teacher’s knowledge and skill allied to the pupils’ energy and talents transcend the humdrum of the classroom and lead on to a sum which is assuredly greater than the disparate parts. And we know not where that may lead. At some stage down the road – possibly long after we are gone – may lie a reason we were alive – that we’ll never know…