More than 100 teams from 50 countries gathered in Detroit in April of 2019 to compete in the First Lego League World Championship. After three days of intense competition, a Lithuanian team “PHOENIX“ from Kaunas Jesuit High School walked away with a champion trophy. 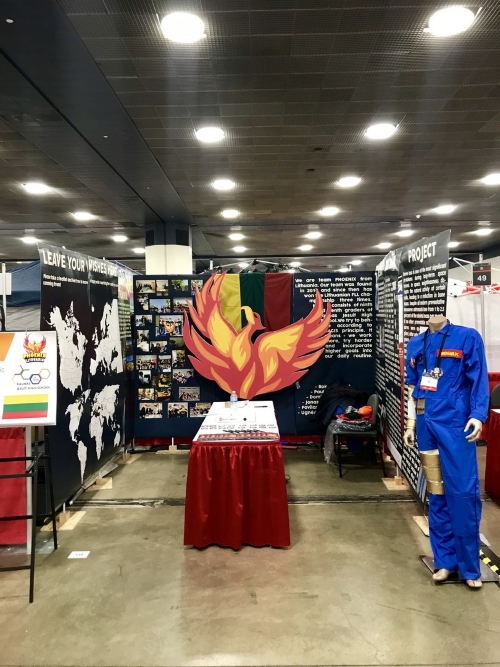 The team “PHOENIX“ was formed five years ago from six students and two coaches and has been very successful ever since, winning locally and competing worldwide in the FIRST robotics competition.

Every year, FLL teams compete according to released challenge, which is based on a real-world scientific topic. Each challenge has three parts: robot games, core values and a project, where teams need to come up with an innovative solution for the selected problem according to the year’s topic.

This year teams traveled to space with Into Orbit challenge and had to offer solutions for problems that astronauts deal with in a long-term space journeys. The team “PHOENIX” concentrated on health issues and found out that one of the most significant unresolved problems that space travelers face and have to deal with is the reduction of bone mass under zero gravity conditions. Such a reduction in total skeletal mass can also be called osteopenia of space flight or “spaceflight osteopenia.” After a long research process and consultations with specialists and scientists from Yale University, the team offered a solution: a pulsed electromagnetic field sleep costume, which could help bones grow and heal faster.

The depth of research students put into this process and the proposed solution impressed the tournament judges. Before awards ceremony to their surprise the Kaunas Jesuit High School team was invited to present their project on stage for fellow participants and all the judges.

I am so happy for my students. We entered this championship feeling confident and well prepared. Such an amazing achievement is a result of the team’s hard work during the past five years,” said the team coach Albertas Juškauskas.

After the championship in the USA, the team was not only recognized in the national media, but also by former president of Lithuania, Dalia Grybauskaitė, who invited all members to her residency in Vilnius and acknowledged the importance of their work in this field and congratulated them for their winning. 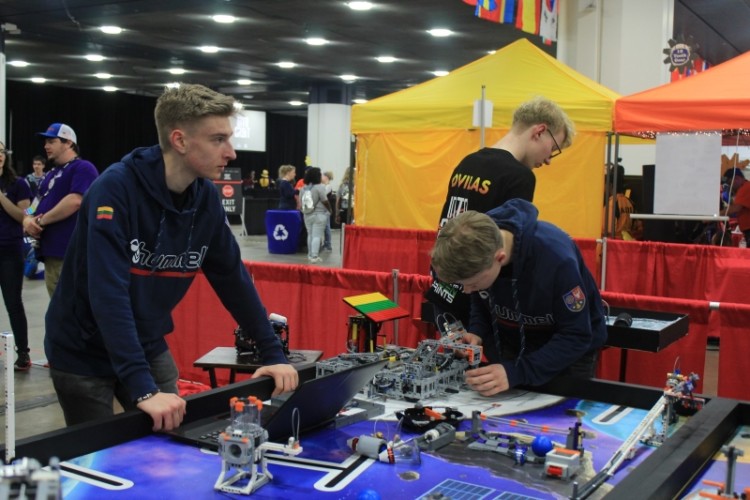