Who Do You Want To Be? A Global School Experience inviting young people to discover a path toward the fullness of life.Participate here
Home / Global Stories / Gonzaga Youth Festival

By Stefanus Eddy
Nov 13th, 2015
Share
News from the Networks

This year, the Gonzaga Festival 2015: The Youth Festival was themed “To Respect Diversity”. The event was held from October 24th to October 31st. The event covered the area of academic (English debate), sports (basket ball, volley ball, mini soccer, table tennis, billiard), wall climbing, modern dance, cheer-leading, computer animation and designs, murals, photography and band competitions among junior and senior high school students from around Jakarta. It was designed to be different from the previous years. All accessories, from the ID card of the committee, posters, tickets, to the bracelets of the admission were colored black and white to highlight the theme of difference.

On Saturday (October 31st), with “The Closing” of the annual event organized by the students of Gonzaga College, the Gonzaga Festival: The Youth Festival came to an end. It was a festive and magnificent event. All in all, it was beyond the expectation of the committees.

The gate was opened from 08.00am by a Mural Competition. Though the heat of summer day was burning, the painters who came from nearby senior high schools kept doing their murals on the board. There were some performances from the champions of dance, band, Stand-up Comedy competition, The Gonzaga Choir and some featuring bands named Jendela Kamar and The Hunk performed Rock and Grunge. 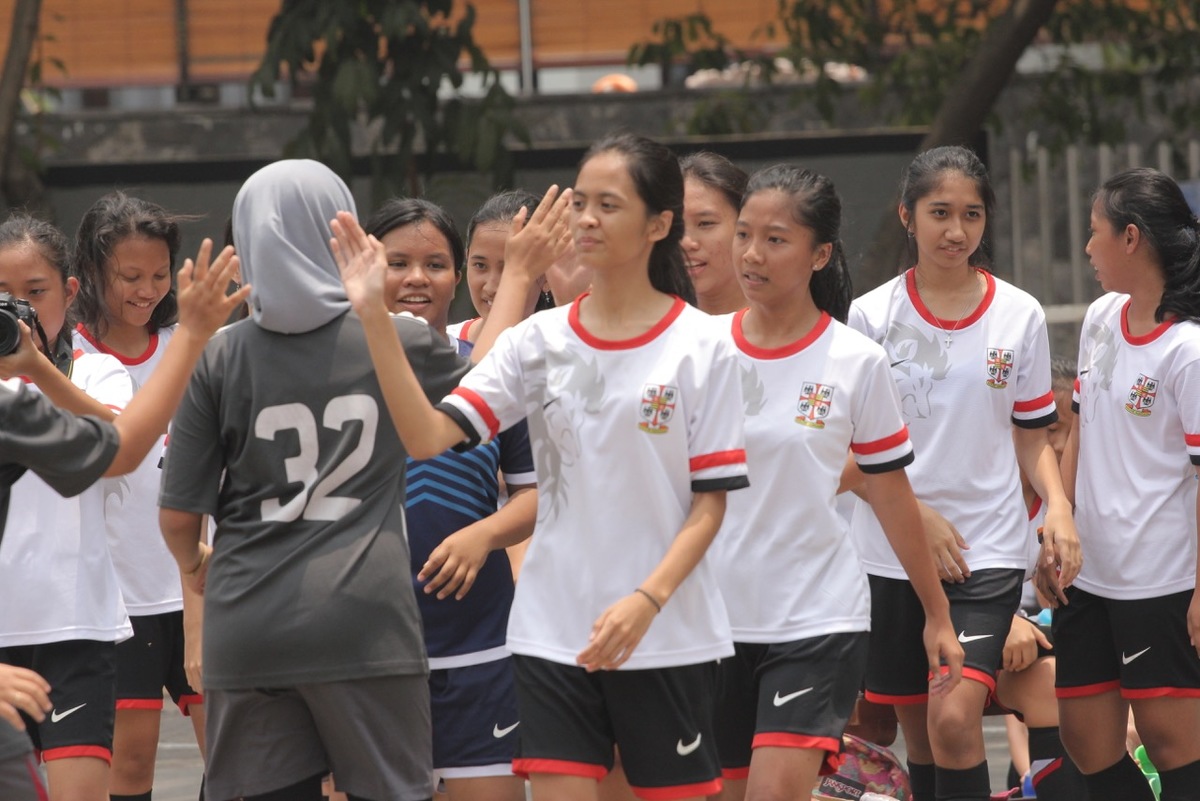 Around 15.00pm, The Jamaica Café, a legendary boy band, which the members are alumni of Gonzaga College, went up to the stage. Many people came and crowded around the stage. But still, there were some people who enjoyed their meals at the food stands inside of the sports hall while listening to JC’s incredible voices. Near the end of the first session, the stage was brightened and glimmered by a Pop and a Blues band named “Happy Project” and “Bluestramp”. It closed by the up-beat music brought by DJ Indra7, which made all the young people dance around.

At 18.00pm, the show was stopped to give the time to prayer. While the break time, Gonzaga College was crowded by “Kamtis” (a name of Endang Soekamti’s fans). Just after the break, the sky was dark and the lamps were off. The curious people were asked by the committees to sit down and let some empty space just after the stage. Surprisingly, Gonzaga Theater played their Performance Art entitled “Bhinneka Tunggal Ika” (Unity in Diversity) followed by traditional dances from Aceh, Bali, and Papua, which ended by the modern ones, by Fashion Dance and Shuffle. These performances manifested the theme of The Youth Festival that was respect the diversity. (Photo credit: Media Gonzaga)
The night was lifted up by the voices of “Kamtis” who called their devoted band. But a rock band named “Anonymosh” from Gonzaga College went up to the stage and makes jumping up and moshing in the mosh pit. After that fabulous band, the atmosphere changed to the groove by another band named “Jazzuit”, a Jazz band which the members came from three Indonesian Jesuit Colleges: Gonzaga, Canisius, and John de Britto.

Next the girls cheered and shouted out loud because their lovely band RAN was on stage. RAN is a popular band consisting of three handsome boys who brought Hip-Hop, Jazz, Raggae, and Dance to the floor. Their performance not only dazzled the young girls but also made them jealous because they brought a girl up to the stage and sang a romantic song just for her. Just before the hilarious Endang Soekamti performed their best Pop-Punk songs, DJ Ardo also an alumnus of Gonzaga College; brought his best Dance mashup songs and all “Kamtis” shouted out loud.

At the end, Endang Soekamti played their songs, with Erix the guitarist, Ary the drummer, and Dory the bassist while the “Kamtis” screamed strong and loud. Gonzaga’s outdoor field was filled by “Kamtis” who came from all over Java Island. They jumped up and sang many songs together and rose the atmosphere of the mosh pit. All audiences were lifting their fist to the sky while singing the hit song, “Long Live My Family”. The event ended by singing The Mars of Gonzaga College instrumented by Dory Soekamti, the guitarist.

More than 3000 people came to the closing and the tickets were sold out. It was the result of the committees’ best efforts. That night, more than 120 “Kamtis” from Central Java slept in the cafeteria of Gonzaga College. The committees gave them food and water. Rangga Raditya, the president of the committee highlighted the importance to respect diversity, which should be manifested in the actions of social solidarity the way we did for the “Kamtis” tonight. Congratulations to all involved for the success of The Youth Festival, and we are looking forward to the following Gonzaga Festival 2016!