Who Do You Want To Be? A Global School Experience inviting young people to discover a path toward the fullness of life.Participate here
Home / Global Stories / Europe Catholics answer Pope Franc...

By JRS Europe
Sep 10th, 2015
Share
News from the Networks

‘Let us hope that this momentum will keep.’

Brussels, 7 September 2015 – Catholics across Europe are answering Pope Francis’s call to show hospitality to refugees. Since the Pope’s statement earlier this week, the Jesuit Refugee Service has heard from thousands of people eager to host refugees in their homes, provide clothing or offer other help to those in need.

On Sunday 6 September, Pope Francis said, “may every parish, every religious community, every monastery, every sanctuary in Europe take in one family.” He added that the two parishes in the Vatican itself would each welcome a refugee family.”Faced with the tragedy of tens of thousands of refugees who are fleeing death by war and by hunger… the Gospel calls us to be neighbours to the smallest and most abandoned,” said the Pope, who asks that welcoming refugee families be part of the build-up to the upcoming Jubilee Year of Mercy, which will begin this December.

JRS France is receiving hundreds of calls each day from people willing to host refugees in their homes through its Welcome en France programme, which matches families with asylum seekers who need temporary housing. 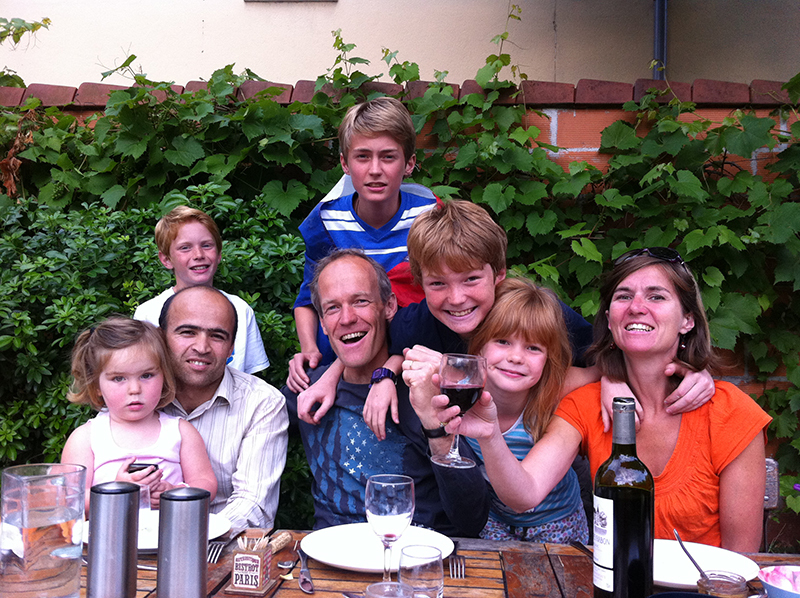 JRS International has received an outpouring of donations and emails offering aid. “We are touched by the generosity of the people writing to us,” says Peter Balleis SJ, Rome-based international director of JRS.

Michael Zammit SJ, Regional Director for JRS in the Middle East, was visiting Austria when many refugees arrived in early September. “I was there at noon when a train from the frontier pulled in full of refugees. There were a lot ordinary people who were there to welcome the arrivals,” says Zammit. “I saw one Austrian family with two young girls going around distributing chocolates. Another young boy with his father was coming from McDonald’s with a tray full of coffee.”

John Dardis SJ, head of the Jesuits in Europe, called on JRS and the Jesuit network to fulfil the Pope’s message of hospitality. “We have all seen the terrible images about refugees dying as they try to reach safety in Europe,” says Dardis. Comparing the current refugee crisis to that of the Second World War, Dardis says that “our values of solidarity and hospitality are needed now more than ever.”

Activities to help Central Europe’s new arrivals are well underway. “The Jesuits here are doing a wonderful job,” continues Zammit of the Austria response. “All the communities are receiving at least one refugee family. One night at 11 pm, the director of the Cardinal Koenig house received a phone call from Caritas to see how many refugees he could receive. He said he could receive about a hundred people in several big halls in the house.”

JRS already serves tens of thousands of refugees in Europe. Sample programmes include:

JRS Europe is ramping up its operations as offers of help pour in, working with European offices and partner on housing, legal advocacy and more.

“Let us hope that this momentum will keep,” says Balleis. “Goodness will prevail.”

‘The Journey towards Hospitality’ is a new handbook on welcoming migrants for primary and secondary schools. It was produced by the Jesuit Migrant Network in Latin America. The English version has been adapted by the Jesuit Refugee Service and can be used in different regional contexts. They can be modified to suit local contexts and translated as needed.

The Handbooks are available to download in Spanish and English.