Who Do You Want To Be? A Global School Experience inviting young people to discover a path toward the fullness of life.Participate here
Home / Global Stories / Discovering Jesuit Schools in India Out of the six regions of the Global Network of Jesuit Schools, South Asia is home to the majority of Jesuit schools in the world. Of the 845 schools worldwide, there are 399 schools in  South Asia, 391 of which are in India, 5 in Nepal and 3 in Pakistan. There are about 400,000 students and more than 12,000 teachers in this region.

The rich history of schools in this region takes us back to the 16th century Jesuit Missions to the East. St. Francis Xavier was the first Jesuit missionary to set foot in India. Francis, one of St. Ignatius’ first Companions was sent as a missionary to Asia and was appointed by the Pope Paul III apostolic nuncio to the East. Upon his arrival to Goa, the capital of Portuguese India, in 1542, Xavier decided that he must begin by instructing the Portuguese themselves, and gave much of his time to the teaching of children. He was invited to head Saint Paul’s College, a pioneer seminary at the time, for the education of secular priests, which became the first Jesuit headquarters for missionary activity in Asia. It housed the first printing press in India, having published the first books in 1556 (O’Malley, J. W. ‘The First Jesuits’, 1993).

Wherever Xavier travelled, along the Pearl Fishery Coast, which extends from Cape Comorin on the southern tip of India to the island of Mannar, off Ceylon (Sri Lanka), then to the West, into Marava country, to Mylapore (present day Chennai) and to Sri Lanka, Christian communities were born or strengthened and churches were founded. Today many Jesuit schools in India are named after this great scholar and courageous missionary.

The Jesuits were among the main contributors of Catholic and Jesuit education in India between the 16th to 19th centuries.

The education missions of Jesuits by main regions in India:

The different forms of Education as they developed and are offered by the Jesuits in present day India:

The Indian school system is divided in a number of levels, from early age formation up to pre-university level. This is often displayed in the name of the school’s.  The figure below illustrates this segmentation. 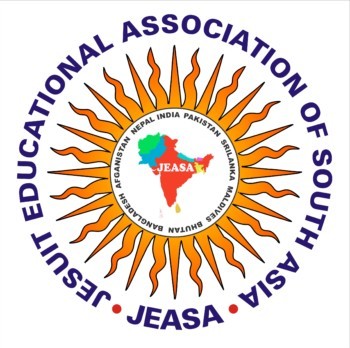 All Jesuit educational institutions in South Asia are members of the Jesuit Educational Association (JEA). The JEA (legal title: Jesuit Conference of India-Educational Section) was constituted in 1961 with the aim of providing Jesuits with a forum of reflection on the educational apostolate of the Society in the context of changing conditions in South Asia. The secretariat, assisted especially by the Province/Region Coordinators of Education, seeks to animate Jesuit educational institutions to a deeper understanding of the Jesuit vision in Education especially through the implementation of the Characteristics of Jesuit Education and Ignatian Pedagogy. This entails enabling the institutions to be rooted in the local context, to network with like-minded institutions and be instruments of social change. Every year the province/region coordinators, who form together with the statutory ‘JEA National Committee’, meet with the secretary to review this apostolate and plan for the future.

The current JEA Secretary is Fr. Sunny Jacob SJ (JAM). The JEA Secretariat is in New Delhi. The JEA consists of all the Province Co-ordinators. For the smooth and effective functioning, the JEA is divided into 4 Zones: Southern, Central, Northern and Western Zones. Each Zone has a Zonal Coordinator, who in turn communicates with the JEA Secretary. (Source: JEASA website) Today, the Educate Magis Map counts almost four hundred schools in India, from the southern tip of India, the CARMEL Higher Secondary School in Carmel Nagar, Kanyakumari, Ramanputhur, Nagarcoil to the feet of the Himalayas in the North, the KHRIST RAJA Mission School at Nunbata, Devinagar, Mahespur, Jharkhand. We would like to invite schools around the world to use the Printable Map and the Online Map as an educational tool to learn about one another, discover the schools in India and seek out contact to learn about the cultural differences, perhaps very distinct from your own schools, and the similarities and characteristics that all Jesuit schools share which allow for a common language of companionship.

Acknowledgement: The historic part and explanation of the school system in India were inspired by a presentation by Fr. Vincent Handsak, SJ, who visited and worked with Educate Magis in May 2017.