Who Do You Want To Be? A Global School Experience inviting young people to discover a path toward the fullness of life.Participate here
Home / Global Stories / Dare the Improbable Call of the Ea...

On 28 Feb 2002 at the time of the Godhra riots that shook Gujarat and the nation Ehsan Jafri , former Congress MP, made more than 100 calls to the powers-that-be to rescue the Muslim women and children whom he had sheltered in his home from the wrath of the frenzied mob. They eventually not only dismembered and burnt his body but also raped, slaughtered and burnt more than 60 women and children. His frantic calls for help fell on deaf ears.

That morning a Jesuit friend in reply to the link above circulated about the Ehsan Jafri case pointed to the apparent futility of reminding people of a tragedy that unfortunately no one responded to on time. Was it mere coincidence that on the same day 16 years later namely, 28 Feb 2018, a few committed students of the Department of Interreligious Studies (DIRS), St. Xavier’s College responded to the call to visit the Muslim ghetto in Behrampada slum, Bandra? On reaching there we discovered that in the aftermath of the Godhra riots this slum gradually became a Muslim ghetto as Muslims clustered together for safety while members of other religious communities moved elsewhere for safety.

The stinking open sewage gutter clogged with all types of filthy waste running through the heart of the slum was in stark contrast to the classy Bandra Kurla complex (BKC) and the flyover just overhead leading to the international airport. Mother Earth and the poor seemed to scream in protest at the demonic discrimination of lopsided development. How can one continue to remain deaf to their common cry? One of the students spontaneously remarked that she would like to write to one of the wealthiest men of India for a project to cover up the gutter as he played a major role in developing and beautifying BKC. Another mentioned that coincidentally he happened to be one of the illustrious alumni. A third wondered at what impact education at Xavier’s had made in his life and if it would have made any difference if he had a similar exposure to the slum reality of Bombay during his college years that would awaken him to the perspective of the poor.

After walking through the narrow, asphyxiating alleys the simple Movement Meditation in their small, crowded, suffocating office was like a breath of fresh air. Dancing, babbling, laughing and sharing stories of struggle fostered a radical shift in the stifling atmosphere and helped to build incredible bonds of intimacy.  The painful yet playful interaction with the gutsy, empowered women of the Bharatiya Muslim Mahila Andolan (BMMA) broke through barriers of gender, culture, class, caste and creed. This energetic, embodied process awakened us to the mutuality and equality of genuine dialogue that facilitates transformation.

One student expressed intense anger at the sheer injustice of the situation and the indifference of the privileged due to our competitive, corporate culture of disconnection. Another remarked that the experience was life transforming.  Responding to the call of the Earth and the poor we discovered hope in an apparently hopeless place and the unalloyed joy of compassion that the poor freely share. This was an exceptional unofficial, unconventional exposure visit that dared the improbable not for marks, grades, certificates or personal gain but to forge a compassionate connection with those on the margins despite being located in a central part of Mumbai city. This memorable encounter is deeply etched in our souls. Who knows what will emerge from these tiny seeds of compassion?

On 28th February morning the ecological calendar in the DIRS office had this inspiring quote:

Climb up on some hill at sunrise. Everybody needs perspective once in a while, and you’ll find it there.”

That evening around sunset in some areas of the slum where there is no chance of seeing the sun at all, we were gifted with an alternative perspective. I came back humming to myself the tune “Sunrise Sunset” from the popular movie Fiddler on the Roof wondering how we can learn the precarious art of balancing academic excellence with the perspective of the poor.

The image of the undaunted fiddler in the film dancing on the roof, desperately trying to preserve tradition while being overwhelmed by sweeping changes, is a challenge to dare the improbable by dancing at the margins to the call of the Earth and the call of the poor. 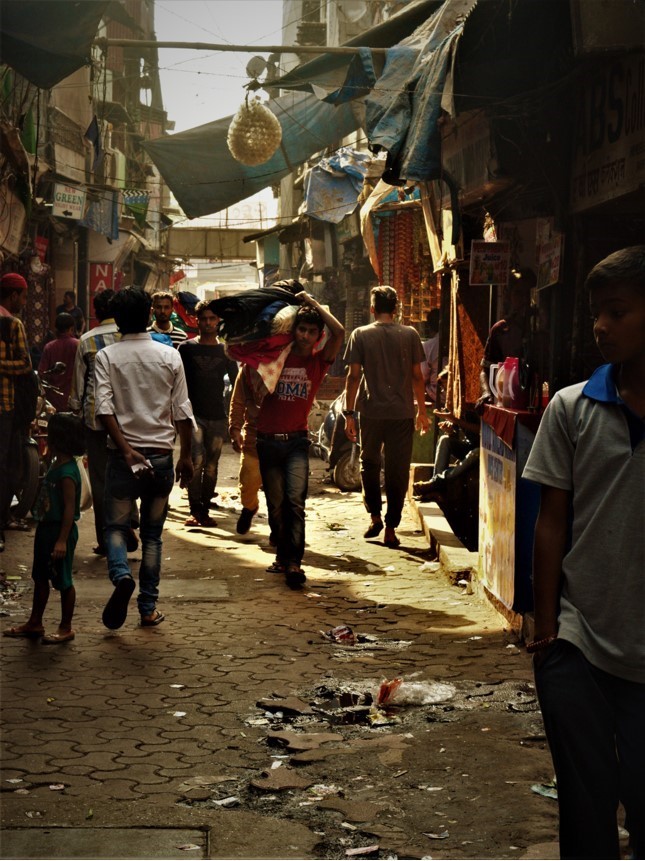