Who Do You Want To Be? A Global School Experience inviting young people to discover a path toward the fullness of life.Participate here
Home / Global Stories / Asia Pacific Education Secretaries... Fr. Moreno started the meeting off by offering us his perspective on what’s going on in the conference. The Education Secretaries then updated one another on the developments in the schools in their respective provinces and regions. Noting that the IGNITE workshops for faculty and staff formation are well in place, they agreed to work on two important projects: an Ignatian Educator Volunteer Program that would allow schools to send and receive teachers to share expertise and experience, and (b) the Connected Classrooms Project in cooperation with Educate Magis that would enable students to learn with students from other Jesuit schools via video conference. 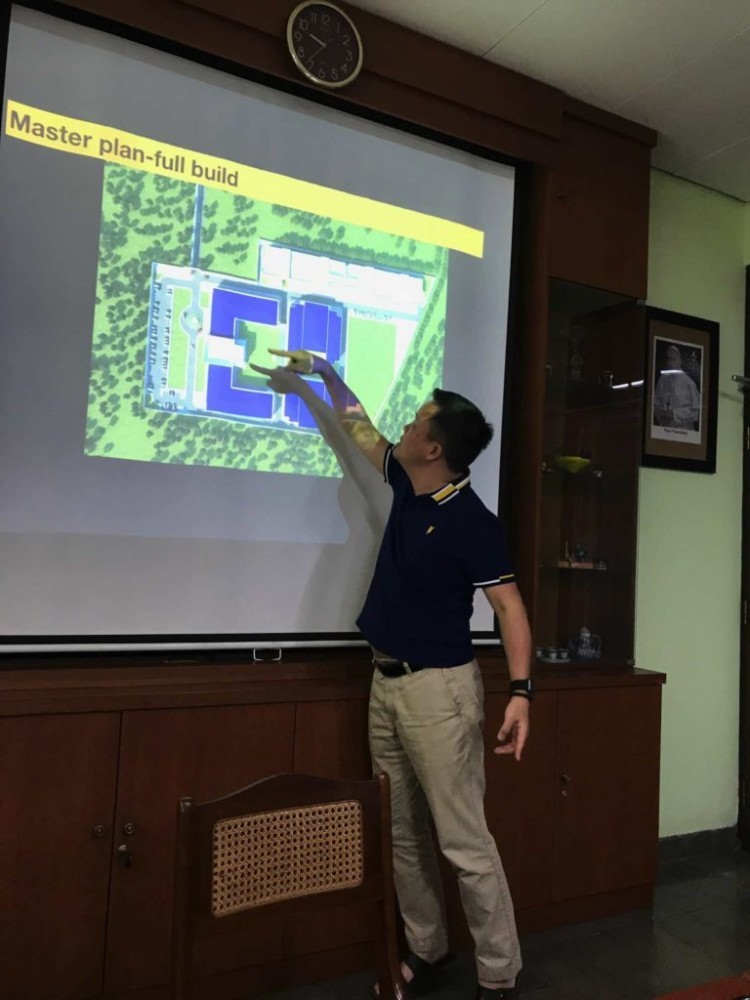 Fr Ari Dy (Ph) discusses the status and updates on schools in his province.

The highlight of the meeting was the discernment process for the Universal Apostolic Preferences of the Society of Jesus for the next ten years. Facilitated by Fr. Renshaw, who is concurrently the Australian Provincial Delegate for Planning and Renewal, the process enabled the education delegates to reflect and pray over the current five apostolic preferences of the Society–namely, Africa, China, Migration, the Roman Houses, and the Intellectual Apostolate. The education secretaries pray and discuss the “big picture.”

Then discerning about the signs of the times and the needs of today’s world, the education secretaries shared their answer to the question: Where is the Society being called to focus its apostolic efforts on? Drawing from St. Ignatius’ criteria for the choice of mission, the group noted an early convergence of ideas and reached a consensus of what they would submit to Rome. The three-day meeting was capped by a brief tour of the city of Jakarta, which included a visit to Canisius College, the cathedral and its museum, as well as the old part of the city. They then enjoyed a sumptuous Indonesian dinner, thanks to the host, Fr. Baskoro and his friends. We thank our gracious hosts from Kolese Gonzaga, especially Frs. Baskoro and Koko, Principal, as well as Frs. Tony Moreno and Eric Velandria for joining us in this meeting. Indonesian dinner to cap the meeting.